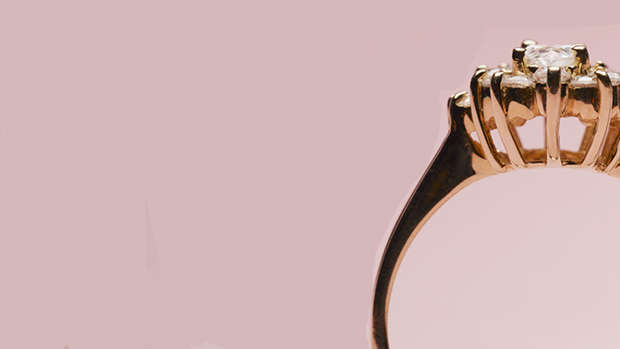 Fellas that are looking to get down on one knee listen up!

Picking an engagement ring is not an easy task, cause a) that sh*t ain't cheap and b) girls can be veeeeery picky about the bling.

But it might help to know that there is a new most sought after engagement ring gemstone.

The most searched for engagement ring on Pinterest is made of an incredibly rare stone called moissanite.

MORE:
- Megan Tells the Story of Her Engagement... Vaughan Ruins it.

Moissanite rings have become the most popular type of ring, according to The Sun.

The stone was first discovered in a meteor crate and is so rare that it is created in a lab, making it completely eco-friendly.

Moissanite has often been referred to as an affordable alternative to a diamond: it looks like a diamond, is strong and even sparkles somewhat like a diamond.