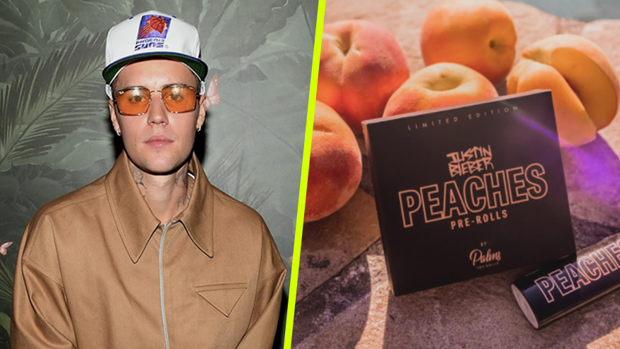 Justin Bieber has swapped the snapback for the entrepreneurial hat, (or a farming hat) as he has now launched his own line of pre-rolled joints.

The new venture is called "Peaches" named after his hit song that lit up the charts, now the Biebs wants his fans to light up something of their own.

In partnership with Palm (a cannabis farming company), their goal "is to make cannabis more approachable and help destigmatize its use."

Chatting to Vogue, Bieber discussed his use of cannabis and how it helped him reach a sirene place in life.

“Weed was something that I felt people tried to make me feel bad for enjoying,”

“But I’ve now found a place in my life for weed products that have been beneficial in my human experience.”

He added, “I’m a fan of Palms and what they are doing by making cannabis approachable. I wanted to make sure that I was doing something with them that felt genuine, and PEACHES felt like a good place to start.”

So Justin really wasn't lying when he sang that line in Peaches, huh?

Recreational cannabis use is legal in the state of California.