It can be a bit of a crime to wear the same thing as someone else and sometimes, yep, it even gets as petty as wearing the same colour.

Channel Nine presenter Amber Sherlock couldn't handle it when her colleague Julie Snook was seen to be wearing the same colour as her before the women went to air.

To start, Sherlock talks about Snook in third person which is probably never a great indicator...

“I need Julie to put a jacket on. I asked her before we came on… I told you two hours ago.”

“I’m sorry, I’ve been flat out,” apologised Snook, suggesting somebody might find her a spare jacket.

Meanwhile, the amount of notice Sherlock was claiming to have given to her colleague had increased by 30 minutes. “I made this clear two-and-a-half-hours ago…”

“It is an issue. Go and grab a jacket…. I wasn’t saying it for no reason. The wardrobe girls will be furious downstairs.”

After the audio drops for 20 seconds, Snook reappears on screen wearing a borrowed black jacket.

Ten seconds later, the trio were on air, with beaming (if slightly fixed) smiles. 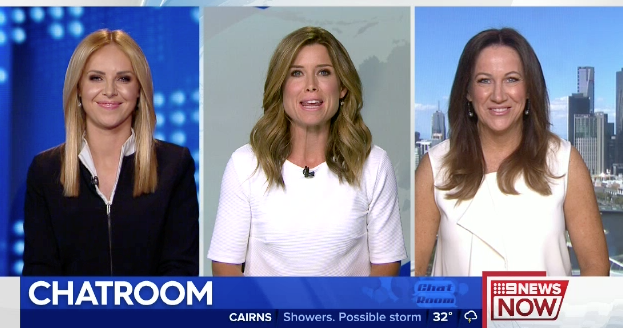