The Jo Bros are giving us another look into their life and we're obsessed.

Last year they released Chasing Happiness, a documentary following how they became The Jonas Brothers, and how they started their comeback.

Tonight, they're releasing Happiness Continues: A Jonas Brothers Concert Film, which offers a behind the scenes look at the GRAMMY-nominated multi-platinum powerhouse trio Jonas Brothers on their sold-out “Happiness Begins” 2019 concert tour.

Happiness Continues captures the band’s live concert experience and provides an exclusive look into the Jonas Brothers’ lives on the road, including performances of beloved hits like “Burnin’ Up,” “S.O.S.,” and “Year 3000,” and music from last year’s chart-topping “Happiness Begins” album, including their Billboard #1 smash “Sucker"!

And of course, the boys wives will make appearances in the documentary too! 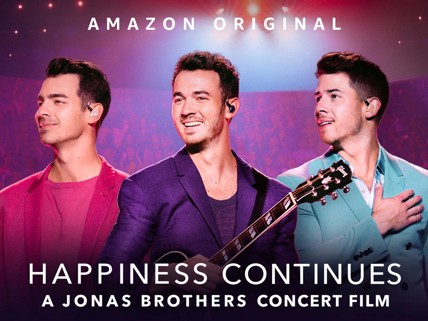