Hugh Hefner is well known for living a life of luxury and girls. He's enjoyed hundreds of beautiful women...and men all over the world are jealous of him. He's even apparently worth $43 million. But behind closed doors it's a different story.

According to 25-year-old British glamour model Carla Howe not all is as it seems. She's been going back and forth between the UK and the Mansion for more than three years alongside her twin sister and she believes the glory days are gone.

From her stories it sounds like the Mansion could be confused with a retirement home. The Playboy king prefers chess and board games over sex and parties.

Hef only makes appearances at big gatherings here and there before retiring to the comfort of his room, and he’s allegedly refrained from adding any new features to his kingdom for quite some time.

Howe went on to say that “the whole place feels like it’s stuck in the 1980s”. 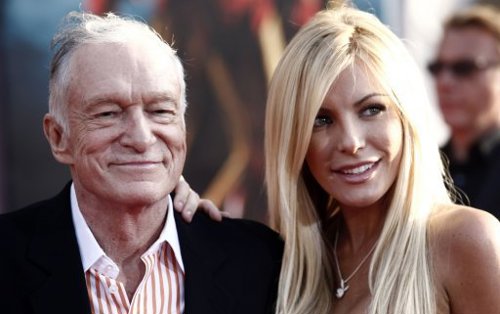 There's a day-to-day schedule with dinner being prepared and served at 6:30pm, but only if it suits the time and tastes of the main man himself. A lot of the meals have been described as tasting “like hospital food”, and after his meal Hefner tends to leave the company of the Playboy bunnies so that he can watch one of his treasured old films before heading off to bed.

His girlfriends have a very strict 9pm curfew and all male visitors are banned from the property. There are stained mattresses and the bathrooms are damp and cold – it adds up to quite a poor standard of living in comparison to the Mansion’s golden years.

Howe isn't the first woman to speak up, with a number of past bunnies registering complaints. Holly Madison famously spoke about the horrors of the house earlier this year.

"There was zero intimacy involved. No kissing, nothing. It was so brief that I can’t even recall what it felt like beyond having a heavy body on top of mine." She told The Sun.

Hefner often claims that the women who speak out against him are just attempting to boost their levels of fame, as he believes many of the other women he’s been involved with went on to live happy and productive lives.