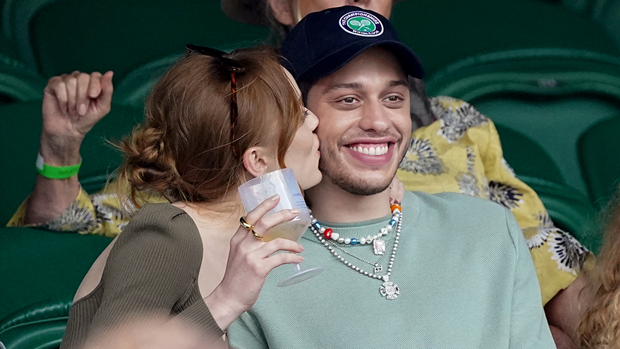 The comedian (27), who was formerly engaged to Ariana Grande has been spotted with a new A-list babe, Bridgerton star Phoebe Dynevor.

Rumoured to be dating since March, the Wimbledon appearance was the first time the couple have been spotted in public, and appeared to be looking very cosy as they watched Roger Federer take on former New Zealand rep Cam Norrie. Since Davidson's split from Ariana Grande, he was briefly dating actress Kate Beckinsale (47), before a fling with Kaia Gerber.

After a series of high-profile breakups, the Saturday Night Live star revealed his candid approach to relationships during an interview in May.

"I am just very, very honest. I think what a lot of people do is they try to put on — not even their best self — but like, almost a version of themself that they would like to be," he said on The Breakfast Club podcast.