The social media world has gone into overdrive after someone noticed who KFC follows on Twitter.

Twitter user @edge22 revealed why an account that has more than 1.2 million followers chose to keep up with the likes of Victoria Beckham and Geri Halliwell, and a few guys called Herb.

11 Herbs & Spices. I need time to process this.

11 HERBS AND SPICES! HOW GOOD: 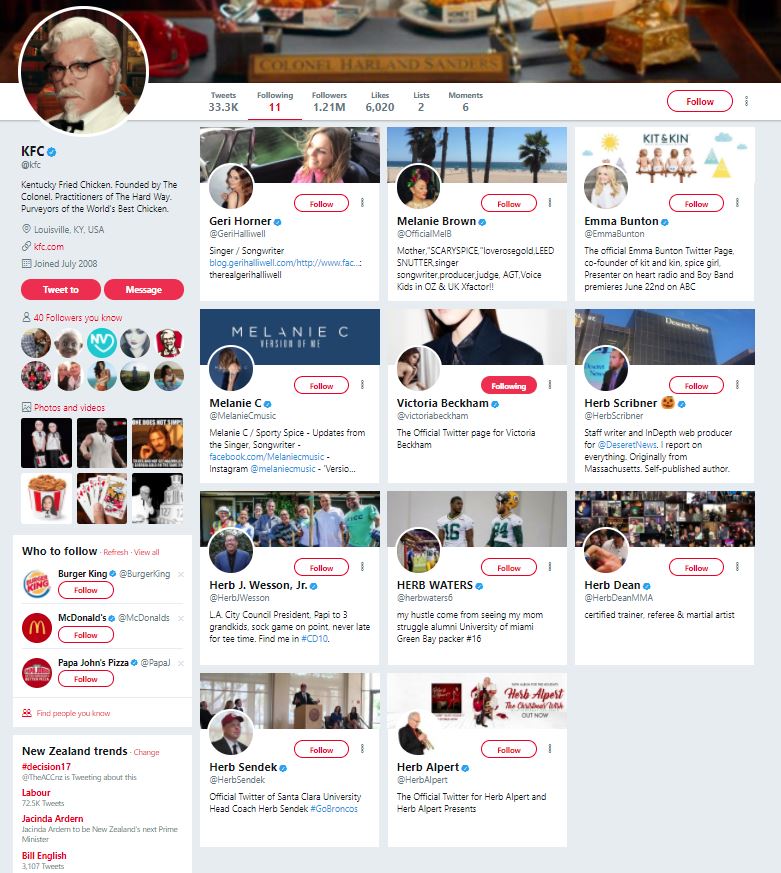