Nokia has re-released its classic 3310 model 17 years after it was first launched!

The iconic handset was a massive hit with users back in 2000 and now the mobile phone giant is relaunching it with a MONTH-LONG BATTERY and 22 hours of talk-time.

The 3310, a with a slick new look that pays homage to its original design, was unveiled at the Mobile World Congress (MWC) in Barcelona, Spain. 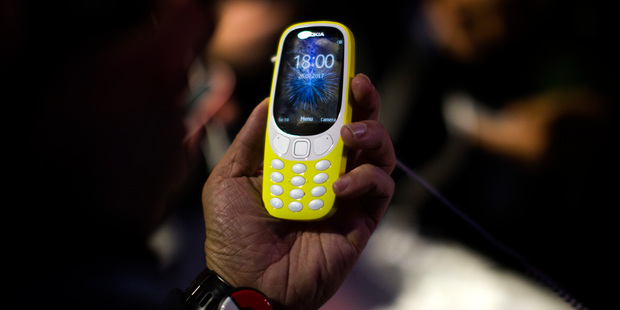 While the handset looks similar to its predecessor, Nokia has brought its new model up to date and instead of the original display, a monochrome 84 x 84, it has a colour screen.

However, it has limited internet capabilities, relying on 2.5G connectivity, with users browsing at speeds slower than if they were using 3G.

It also has a single camera which has just two megapixels, but don't worry guys, it's still got SNAKE!!