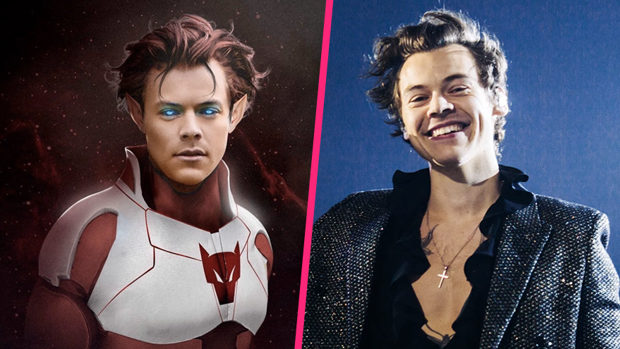 It's Harry Styles' world, and we're simply living in it.

Remember when we reported that Harry Styles featured in the final stages of Marvel's latest, 'Eternals'?

Well, a proven film insider Giant Freakin Robot’s has confirmed that the former One Directoner has put pen to paper on a five-film deal, which could include a stand-alone film all about his character Eros.

Harry's character Eros, AKA Starfox is the brother of Thanos, but unlike his mad titan brother, Eros is more of a womanising adventurer.

According to the outlet: “Harry Styles is set to become a major part of the Marvel Cinematic Universe. Audiences should expect to see a lot more of him.

“He’s been talking to Kevin Feige, the head of Marvel, who promised big things for the actor’s future. A solo project for Starfox is a possibility on the table.”

Ahhh can you imagine an entire Marvel film on Harry?! I guess we'll have to wait and see.