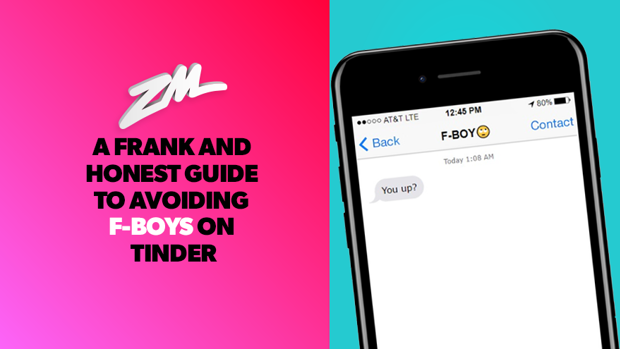 Resident single gal in the ZM office and have been that way for just over a year now.

They're EVERYWHERE. Especially rampant on the likes of Tinder and Bumble.

So I'm here to help you avoid them, because no girl deserves to have a f**k boy in their life. Unless you're just keen on one night stands and casual flings, then indulge in f-boys as much as you want gal!

So... how do we know that they're a f-boy before we get our heart broken?

Here are the signs:

1. If their bios have either of the following, they're f-boys.

- "Just here for fun" (usually followed by a tongue out emoji)

- "Not here to throw you off a balcony" - yup I've actually seen this on a few Auckland boys bios and they NEED to delete that immediately.

Because they're aware of their wash-board abs, they have the knowledge that they can probably use these to get a variation of girls on rotate. Sure they may be lovely and not like that at all, but chances are slim.

3. They first message you on a Friday or Saturday night asking you if you're out.

Or at 1am, asking "you up?". Chances are that he's gone through all his Tinder matches copying and pasting the same message as he just wants an easy score since he's drunk.

4. They ask for your Snapchat name early on and then message you off Snapchat only.

Why? Because the messages disappear, duh. Plus then they might be in with a chance of getting a naughty snap or two, but you know better than to give into that right?!

The message I just want to get across here is to remember your worth.

You may get messages like the one below (yes, it's a real message I actually received) but you need to remember that you're more than a root. 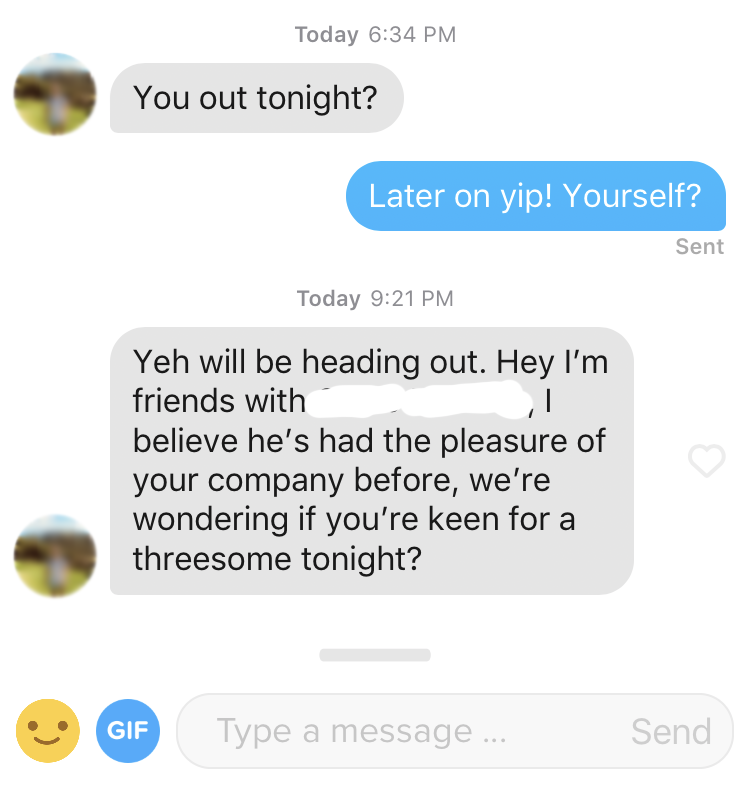 Wait for that prince, he'll come eventually... well that's what I'm telling myself at least.

- ZM web girl Trin: I wore no makeup to work for a week and this is what happened...

- What is it really like to do F45? Web girl Trin gives her honest opinion