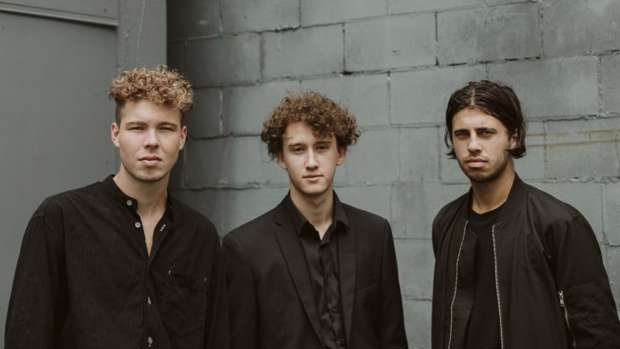 We're loving nomad's new track '2 Flares' from their album 'Can You Feel It?'!

nomad’s signature lush vocal layers, heady harmonies and infectious, indie-pop hooks have been winning over unsuspecting live audiences and now they have released a debut studio album, ‘Can You Feel It?’.  Recorded as 19-year-olds, Producer Tom Healy (Tiny Ruins, Pop Strangers) describes it as a “process of discovery”.

Aasha Mallard, Will McGillivray and Cullen Kiesanowski formed nomad at school and their very different musical tastes collide to shape their alt-pop sound.    “They were looking for their individual voices and also a combined musical identity” says Healy.  “This shared musical world is most audible in the harmonies, a communal voice comprised of Will’s deep baritone, Cullen’s midrange rasp and Aasha’s breathless falsetto. But their shared language is also in the album’s ambition, in nomad's desire to grow, and in the emotional rawness and honesty”.

The album features songs from each of the members and two written with Hollie Fullbrook (Tiny Ruins), was recorded and mixed by Healy at his studio and mastered by Jared Hirschland.

nomad made their mark on the New Zealand  charts with the undeniably catchy singles ‘Oh My My’ (gold sales and a nomination for Best Newcomers at the Music Awards) and ‘Love Will Call’.