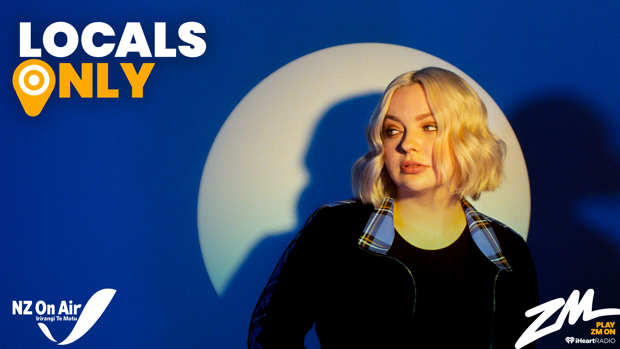 Navvy has made a name for herself within Aotearoa's music scene since the release of her EP, No Hard Feelings released in 2020.

The four-track act was a statement of intent that captured Navvy's contradictions and complexity, one moment dipping into lullaby-like vulnerability with lead track "Scared to be Happy", and the next facing her feelings head on with a dazzling, infectious pop beat with "No Hard Feelings".

Scared to be Happy now boasts over 2 million Spotify streams, while No Hard Feelings has cracked the magical 1 million mark.

Speaking about the track, Navvy gave an in-depth view of what the song is about, and what it means to her.

"Rock Bottom is a song about knowing that as soon as someone moves on, they aren't going to have any need for you anymore.

It's a tough pill to swallow, to realise that a person you spent all your time thinking about/caring for/hanging out with, will now only have a reason to come to you if they are at their lowest possible point.”