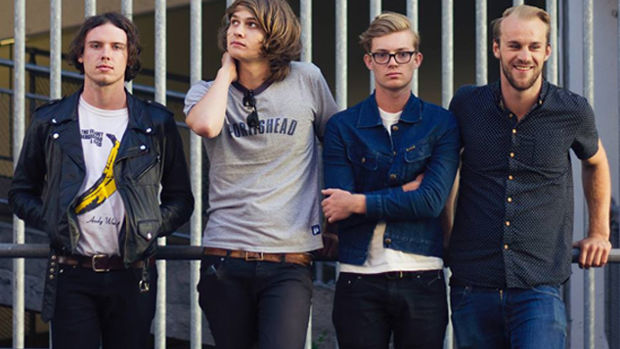 Keep ZM LOUD this week to hear the new track from Five Mile Town - The Lucky Ones!

On the back of a successful Australian tour that included a venue-fire in Adelaide and a sold-out show in Melbourne, Auckland ex-pats Five Mile Town have recently completed their biggest New Zealand tour to date in support of their latest single 'The Lucky Ones'.

Releasing their first single in 2012 the band had humble goals. After their music video ‘Saturated’ received over 50,000 views on Youtube in a week, momentum built and their debut self-­titled EP quickly followed. That same year their song ‘Fatal Flaw’ was APRA Silver Scroll nominated and ‘You Would Know’ won the International Songwriting Competition Teen Category, cementing the band as one to watch.

After a festival appearance on the main stage of New Zealand’s Rhythm and Vines Festival, 2013 saw the band move to Melbourne, a tradition paved by artists from Crowded House to Kimbra. They continued to develop their sound by touring Australia, influenced by a desire to prove themselves in a new environment.

The release of their Sophomore EP ‘Other Ghosts’, recorded by VNZMA Award Winning engineer Andrew Buckton (Midnight Youth, Clap Clap Riot), brought a strong end to 2013. Singles ‘Curious Creature’ and ‘Solo’ showcased a band matured beyond their years. Thoughtful arrangements and lyrics show the makings of true songwriters, reminiscent of artists like Neil Finn as much as international acts Wilco or Arcade Fire.

2014 begins with ‘The Lucky Ones’, arguably the bands strongest offering to date. The song reveals a new side to the band previously unseen on their earlier output.

An Australian single tour in March and a national New Zealand tour in April, including a support for Irish band Kodaline at Auckland's Powerstation and appearance at the Waiheke Island International Jazz Festival, has showed that Five Mile Town are showing no signs of slowing down.