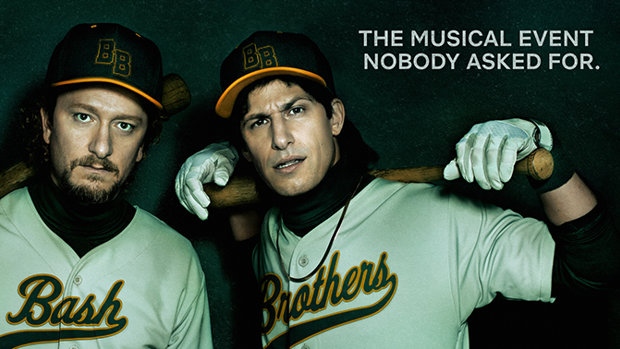 The Lonely Island have been silent for a while now, but don't you worry because they are back and better than ever.

In a stunning act of artistry/ fandom, Andy Samberg and Akiva Schaffer, have gifted all of Netflix’s 190 countries with a 27-minute musical poem experience honoring The Bash Brothers, the Oakland A’s, and the game of baseball.

The show also includes a heap of special appearances including Haim, Maya Rudolph, and Sterling K Brown as Sia.

The Lonely Island, who are best known for their vulgar comedy music, have changed it up with “The Unauthorized Bash Brothers Experience,” embracing their inner artists and showing they have super smart brains behind their faces, eyes, and skulls...

You can watch two of the musical performances below:

They also released "Uniform On" from the show:

“The Unauthorized Bash Brothers Experience” is out on Netflix NOW.