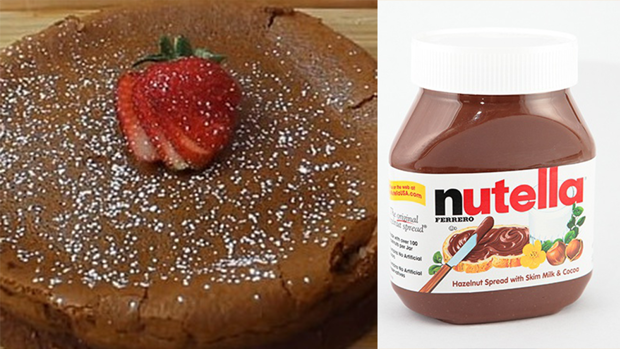 Love Nutella and cake but not the best baker in the world?

Chef Rob Nixon from Perth, Australia, has decided to share his "cheap, easy and delicious" recipe for a Nutella chocolate cake on the video-sharing platform TikTok.

And the best part about the tutorial is that it only takes two ingredients to make the scrumptious masterpiece: Four large eggs or eight eggs and a 750g jar of Nutella.

HOW TO MAKE IT:

Start by setting the oven to 180 degrees.

Then add eggs to bowl and beat them into a silky white foam. The eggs should triple in volume and become fluffy.

Nixon uses an electric whisk on high for eight minutes, but people can use the old-fashioned whisk. (It just may take a bit longer).

Meanwhile, pour the Nutella spread into a jug and make sure it's soft and at room temperature.

Then slowly add the Nutella into the egg mix and gradually beat it in. The mixture should collapse and form a batter.

Once it's all mixed together, pour the batter into a cake tin and put it in the oven for 35-40 minutes.

After it's done baking in the oven, leave it to cool down before adding strawberries and icing sugar on top.

Nixon's video has garnered more than 14,000 views. The chef has also shared other unique recipes on TikTok including Kit Kat chocolate brownies, a range of McDonald's burgers and a Subway meatball sub.