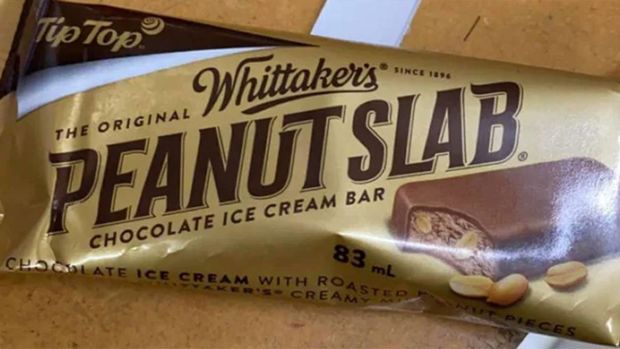 If you grew up in NZ, you're probably going to love this!

Now the classic Kiwi chocolate bar has been turned into an ice cream just in time to catch the final rays of a lingering summer.

Tip Top confirmed the new product, teaming up with Whittaker's to add a new twist to the classic Kiwi snack.

"Tip Top is excited to partner with Whittaker's to bring the iconic Peanut Slab to life as an ice cream. This treat will be starting to appear in freezers this week," a Tip Top spokesperson told the Herald.

The ice cream has started to appear in stores around the country, including one dairy in Westmere, Auckland, that is already selling the iced treat.

Fans of the Peanut Slab are celebrating the new release.

"This is relevant to my interests!" one wrote online.

Another said: "Overseas you can buy a snickers ice cream and it's actually amazing. So disappointing we don't have it in NZ! Hope this makes up for it."

A third added: "So many collabs in the last few years I love it."

On Wednesday, Tip Top teased their new ice cream, posting an image of the Peanut Slab underneath a frosted freezer lid.

This article was originally posted to nzhearald.co.nz and republished with permission.