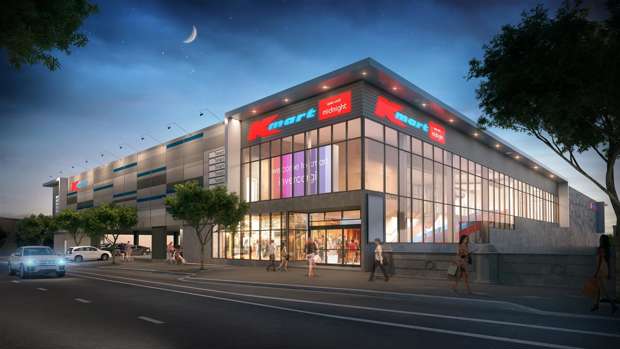 Kmart has officially announced it is opening a 5300sqm Kmart store in Invercargill, which is expected to open late next year.

The department store would be constructed on land bordered by Forth, Clyde and Wood Sts in Inver­cargill, with the construction pro­gramme already underway.

RELATED: FYI here's what the ‘K’ in Kmart stands for

There would be 147 undercover car parks with about 40 further car parks on the street immediately adjacent to the building, the Southland Express reports.

In addition to Kmart there would be eight smaller stores, covering general merchandise, clothing, food and services.

The project would be constructed by Southland building company Calder Stewart Construction Limited.

Picard said they were looking forward to working alongside the developer and builder to deliver this project for their Invercargill cus­tomers.

"We are extremely excited to be able to offer 100 new jobs to the area along with our irresistibly low prices on products to help make everyday living brighter," he said.

QUIZ - WHAT ICONIC KMART ITEM ARE YOU?

This article was first published by Southland Express and is republished here with permission.