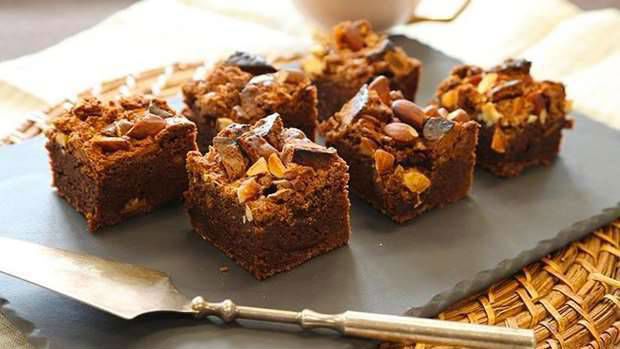 If there's anything we know, it's that nearly everyone loves Tim Tams...

And they've just been upgraded with this epic brownie recipe that will have you drooling.

The recipe is part of "The Big Recipe Release" by Arnotts, which has featured famous recipes involving all NZ's fave bikkies.

While iso may be over for most of us, we're hoping that iso baking will stick around, because we're CRAVING it.

2. Put chocolate and butter in a medium saucepan over low heat, stir until melted and smooth. Cool slightly.

3. Stir sugar into chocolate mixture; add eggs, one at a time, stirring well after each addition. Stir in vanilla.

6. Bake for 30 minutes or until firm. Set aside to cool completely. Cut into pieces and serve.

Meanwhile, keen bakers have taken to Instagram to share their versions of the Iced VoVo recipe after the recipe was released in time for Mother's Day – and Arnott's was very impressed.