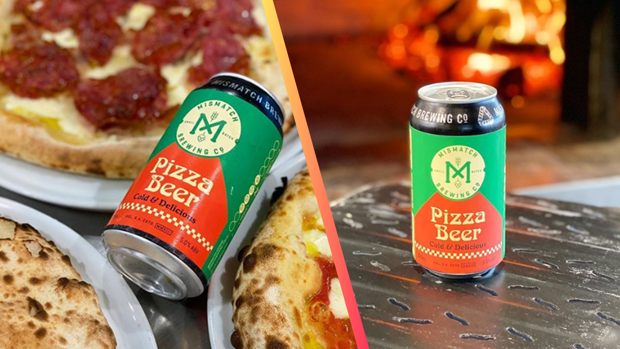 Because sometimes eating it, isn't enough.

This Aussie brewery has combined two of carb-lovers favourite things to create a beer that you will fall in love with!

The 'Pizza Beer' came about after COVID meant that the head chef at Lot 100, found himself with a vast excess of pizza dough lying around and no one to eat it.

And that's where Mismatch Brewery come in! Also made on Hay Valley property in South Australia, the two decided to team up and chuck the dough into some beer instead.

Cause that's the obvious thing to do, right?

The aptly named Pizza Beer is duped as a classic Italian inspired lager with a slight sweetness and earthy/spicy note to the beer, alkaline character from the salt from the bases.

The brew is limited though, so check it out here!