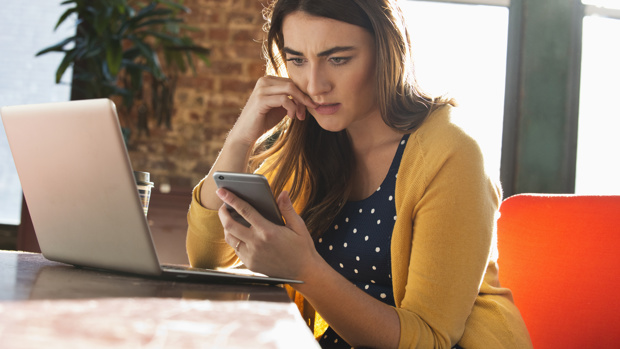 If you had tumblr, it's probably a yes...

Have I Been Pwned will tell you if a website you have used has been hacked, meaning your data could be in the hands of hackers who want your $$$!

Entering your email address into the website bar will bring up any websites that you have previously used that have been breached.

This may not mean much to us, but it actually means that passwords you use or have used in the past, are floating around the web for anyone (who knows how) to find.

Our own office gal Jordyn, had her password fall into the wrong hands when she received an email telling her they had sensitive information that she wouldn't want to be seen.

"They said that they have my nudes, and videos that I would NOT want my family to see.."

The scammer told her they had hacked her account and recorded her. If she did not send them $800 in Bitcoins, then they would post it to the dark web- "...and bad sh*t would happen."

In this case, the best thing for our gal to do is to ignore the email, and they should leave her alone- but no one wants to receive one of these emails.

So what can you do?

If you receive an email similar or find that Have I Been Pwned shows there has been a hack- the best thing is to change your password and not use it again.

Apps such as LastPass are great for helping you generate random, strong passwords, and then storing them so you never have to remember them again.

The internet is a crazy place, that most of us can't control. Be careful with where you're giving your data and make sure to use a rotation of passwords that are regularly changed.