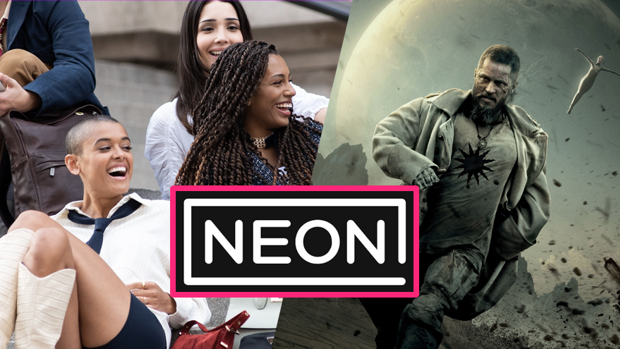 We can now make lemonade from the lockdown lemons thanks to NEON.

Plenty of binge-worthy shows have been added recently, including the new Gossip Girl Reboot which has got everybody talking.

Take a look at the list below, and the toughest decision you'll need to make is what to start with first!

A flight attendant's life gets turned upside down when she wakes up in the wrong hotel, in the wrong bed, with a dead man - and no idea what happened.

From executive producer Ridley Scott, the show centres upon two androids tasked with raising human children on a mysterious virgin planet. As the burgeoning colony of humans threatens to be torn apart by religious differences, the androids learn that controlling the beliefs of humans is a treacherous and difficult task.

A dark yet playful comedy-drama following a group of high school students whose exploration of modern sexuality (devices and all) tests deeply entrenched beliefs about life, love, and the nature of family in their conservative community.

Expecting Amy is a hilarious and raw 360-degree look at a new stage in Amy Schumer's life, including the pregnancy of her first child. This unfiltered three-part docuseries shows the struggle, strength, and ambition that have made Schumer one of the singular comic voices of all time.

With access to first-person accounts and never-before-seen footage, this four-part docuseries examines the American UFO cult that started in 1975 with the disappearance of 20 people to a shock ending in 1997 with the largest suicide on US soil.

This documentary special from Academy Award nominated filmmaker Sophia Nahli Allison explores the profound journey for Black liberation. By giving lost stories a place to exist and spotlighting new voices for the future, Allison reflects on the moments that brought us to where we are – and where we're going.

Grab your swimsuit, buckle up, and keep your hands and feet inside the ride at all times! Except if you’re at Action Park, the notoriously dangerous - but wickedly fun - 1980s New Jersey water park that long ago garnered the reputation as the world’s most insanely dangerous amusement park.