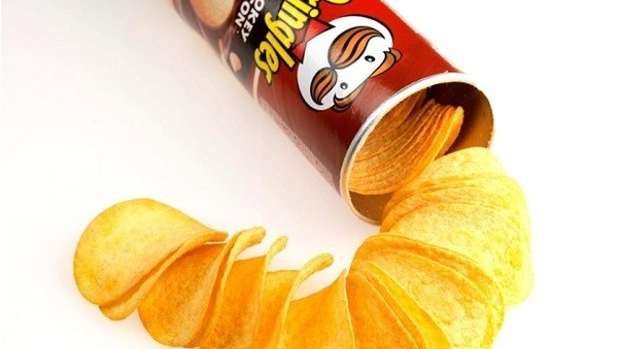 Yup, there's a right way to eat the beloved snack and it's probably not how you've been doing it.

The way you eat them can really affect the flavour, it's been revealed. It turns out that only one side of a Pringle is covered in seasoning, while the other is left bare.

A Pringles spokesman told The Sun Online: "Many people think that Pringles are seasoned on both sides.

"In fact, only the top side gets a sprinkling of seasoning in the factory.

"When Pringles are stacked in their can, some of the seasoning rubs off onto the next chip, which is why they've always been a little uneven."

So if you do want the most intense flavour hit, you should eat the "top" of the Pringle, meaning flipping the chip upside down before popping it in your mouth.

Of course, if you prefer to not have such an intense hit of flavour when you crunch your Pringles, then it's probably best to turn the crisp over and eat it so the concave side faces up.

You learn something new every day, right?!

If you love chippies then find out what flavour chip you are with our quiz: