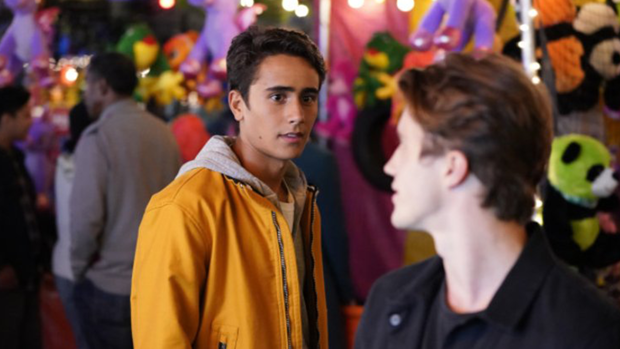 This is gonna be such a good series!

Love, Victor is a spinoff of the 2018 LGBTQ movie “Love, Simon”, and follows Victor (Michael Cimino) a transfer from Texas to Creekwood High School in Atlanta, where the original movie took place.

Told through Victor’s narration as he writes to Simon, the audience learns about his struggles to find himself. He’s unclear about his sexuality, but finds himself drawn to a rocker named Benji (George Sear).

At the same time, he worries about whether he’ll fit in, particularly as he deals with an older generation that still can’t accept homosexuality, and fears that his parents might be having their own marital turmoil.

The show saw a little controversy after it was moved from Disney+ streaming service, rumoured to be due to it's "adult themes" around sexuality.

While we don't know which NZ streaming service it will be on yet- Love, Victor hits Hulu on July 19th.