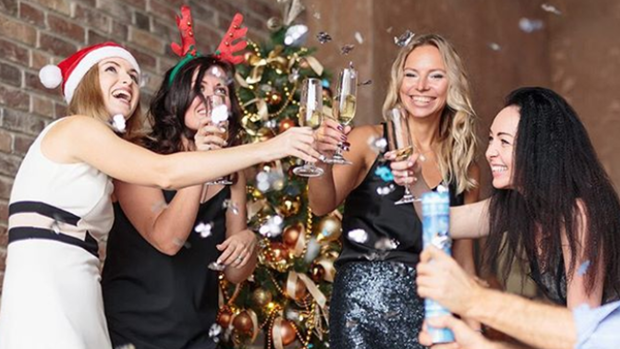 Christmas with the family usually means a glass or three of whatever drink has been provided by that Aunty who would rather drink Christmas lunch than eat it. But it also means you probably won't be feeling the best the next day...

Now, Manchester-based GP, Dr. Dan Robertson, totally gets it, and has revealed the hangover cures that will actually work.

'Despite what you might have heard, eating isn't cheating. Fuelling up before you head out is actually a great idea, as "lining your stomach" will help your body absorb alcohol more slowly.’

'Instead of a fry up, scientists have investigated more effective ways of getting your blood sugar levels back up.

'Poached eggs, asparagus and even Sprite have been suggested as a way of speeding up your recovery.'

It's important to stay hydrated. So instead of drinking a heap of water the morning after, make sure you get your hydration the day before instead!

(He also suggested drinking a glass of water between each alcoholic drink to lessen headaches, but we're pretty sure we won't remember that one).

He also exposed the myths, that we all know, but don't actually work!

'While the endorphins released by some gentle exercise could help lift your spirits, if you're dehydrated it's very important to have some water handy and not over-exert yourself.’

'Unfortunately, it's also a diuretic, which means it'll make you go to the toilet more and make it harder to rehydrate.’

Hair of the dog

More alcohol will dull your senses again but the effects of the hangover will STILL come.

You can thank us later!

You can thank us later!