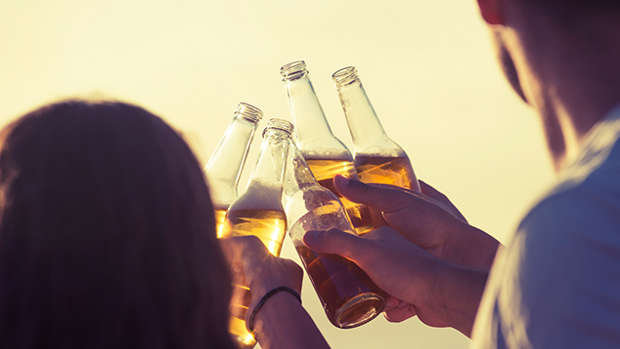 It's something we consume on a daily basis, but have you ever stopped and thought about why you actually drink?

We know, you're probably thinking duhh everyone just drinks to get F***ed up on the weekends.

But what you also know will be that everyone has different reasons to drink.

There's something called the motivational model of alcohol use which argues that people drink because they expect a change in how we feel because of alcohol.

Pretty much all research on drinking motives has been done on teens and young adults. Over different countries, social motives as the most common reason for young people starting to drink alcohol.

If you're a social drinker you're going to be wanting to increase the amount of fun you're having with your friends.

When people drink at social occasions they're just doing it to fit in. They're probably not going to have a glass of wine with dinner but more at occasions to feel included and accepted by the group attending.

Beyond just drinking to socialise, there's also the type of person who drinks to change their personality to change and make them more extroverted, impulsive or aggressive.

These types of drinkers may be using alcohol as a mean to cope with the problems in their lives, particularly those with anxiety or depression.

There's research suggesting that knowing the motives of heavy drinkers can lead to interventions which reduce harmful drinking.

For example, one study found that tailoring counselling sessions to drinking motives can decrease consumption in young women.

So, next time you have a drink, have a think about why you are choosing to do so.

There are heaps of people out there having a drink to relax or enjoy their favourite drop. But if you're aiming to get drunk, you're going to have a higher chance of experiencing harm.

And if you're trying to drink your problems away, it's worth remembering that those problems will be there in the morning.