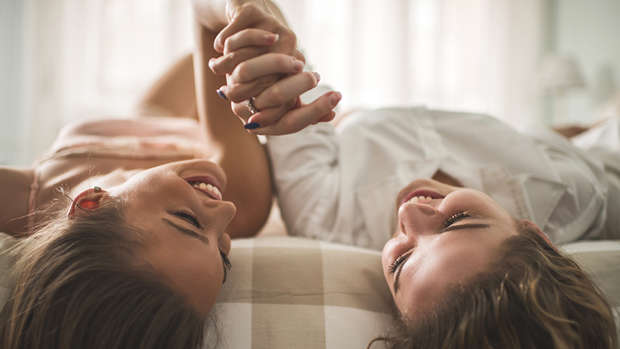 It's no secret that a lot of women never reach an orgasm during sex, in fact only 20% do - which leaves the other 80% out in the cold as it were.

A study has just been conducted that included 2,300 women aged from 18-65 snd it showed that women who sleep with other women orgasm 55 times a month on average.

That is compared with a mere 7 times a month in the average heterosexual relationship.

These results are interesting because in a lesbian relationship on average sex is had 10 times a month compared to 16 times in a heterosexual relationship.

The experts that conducted the survey found a couple of reasons why this happens:

"[Sex with other females]  was excitingly diversified.

"Men get over-excited and go for penetration far too soon.

A woman needs at least 45 minutes of foreplay before intercourse."