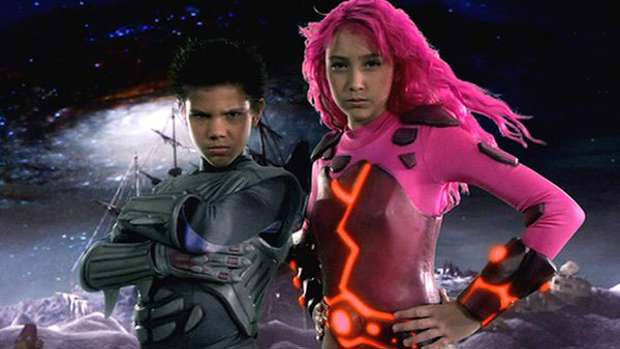 Cult classic The Adventures of Sharkboy and Lavagirl is coming back in the form of a brand new film- and us 2000's babies are FIZZING.

Director Robert Rodriguez (who also directed the Spy Kids movies) recently announced in a Comic-Con panel that Sharkboy and Lavagirl will return for his new Netflix movie called We Can Be Heroes.

And the best part? In the new movie... THEY'RE PARENTS NOW!

We Can Be Heroes is about 11 children of superheroes who have to save the world after their parents are kidnapped. That group includes Sharkboy and Lavagirl's daughter, who has to grapple with the powers she inherited from both parents.

And yes, Taylor Dooley has confirmed she's returning to play adult Lavagirl... so now we're just waiting to hear from  you @ Taylor Lautner!

There's no release date yet, but knowing Netflix it won't be long till it hits our screens!