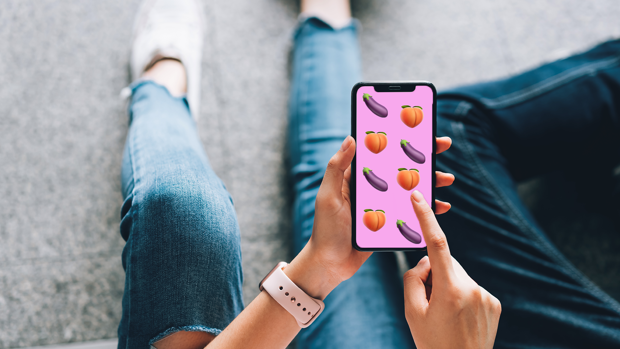 Can't see your partner during lockdown? Looks like the world has other ways of connecting...

"Tomorrow isn't promised, send nudes today." is a quote going around Twitter at the moment, and it makes sense. With so many of us stuck in lock down, many without their partners, there's been an obvious rise in sexting and sending nudes across the world.

In an article by Mashable, they looked at why the worldwide Coronavirus pandemic is resulted in such a large increase in the rather risque activities.

According to data from Khoros, terms like "nudes" and "dick pics" tweeted alongside "coronavirus" jumped up 384 percent on Twitter from the beginning of March to April.

There's also been a 46 percent spike in the use of peach and eggplant emojis, if you know what we mean...

Dating apps such as Tinder, have also reported a 25% increase in longer conversations, and Bumble reports that they have experienced a 31% increase in Bumble video calls since March.

People are also pushing themselves out of their sexual comfrotzome thanks to quarantine.

Mashable states that "one in five people (from a sample of around 1,200) reported a new addition to their sex life since the pandemic began, according to Dr. Justin Lehmiller, a research fellow at the Kinsey Institute and author of Tell Me What You Want: The Science of Sexual Desire."

"New addition," meaning something they've never done before- like sexting or sending a nude photo.

It's still unclear how this lock down will fully effect our sexual lives going forward, but for now, whether you do or don't want to send nudes, is up to you and totally okay!