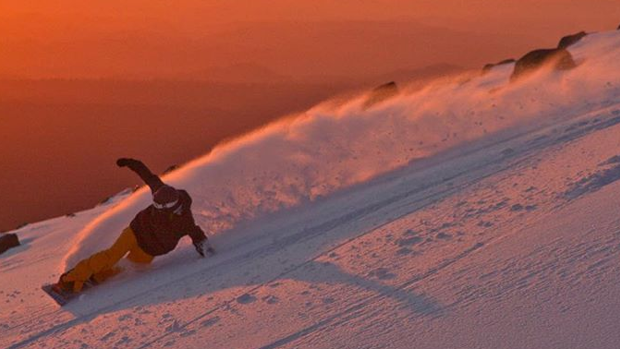 Mt Ruapehu is celebrating the start of winter tomorrow with free skiing and snowboarding at Happy Valley.

"We've listened and will be offering a free taster in Happy Valley on Friday, so there will be no charges for lift passes to ski from 11am–2pm."

EARLY OPENING! Happy Valley @whakapapanz opens tomorrow with FREE skiing from 11am-2pm to celebrate the first day of #Winter2018 Don't forget you have until MIDNIGHT to save up to $438 on a Season Pass! Sale ends tonight ⏰⏰⏰ bit.ly/2J24bXG 📷 @michecaldwell #OpeningEarly #AreYouReady

Ruapehu is the first commercial ski area to open in New Zealand, and Copland said it was shaping up to be a great season.

"With our snowmaking technology and a big boost from mother nature, which has blanketed Whakapapa ski area with snow over the past week or so, it should make for fantastic early season skiing.

"We're not ruling out an early opening of Turoa as well if this weather keeps delivering snow and cold temperatures."

The chairlift and carpet lifts in Happy Valley will be operating on Friday for skiing and snowboarding to welcome winter. Lift-accessed sledding will then be added on Saturday when the ski season officially opens.

Whakapapa may also open its Rangatira Express this weekend, offering skiing and snowboarding on the lower mountain, depending on weather and snow-making.

Friday's early opening will also help benefit the Greenlea Rescue Helicopter fund with donations being taken at the Whakapapa customer relations office on the day.

"We're hoping to break last year's opening weekend record, especially with all the hype around the recent snowfall and the latest reports from MetService that it's going to be a cold winter."

The snow-making machine can make snow in temperatures of up to 25C.