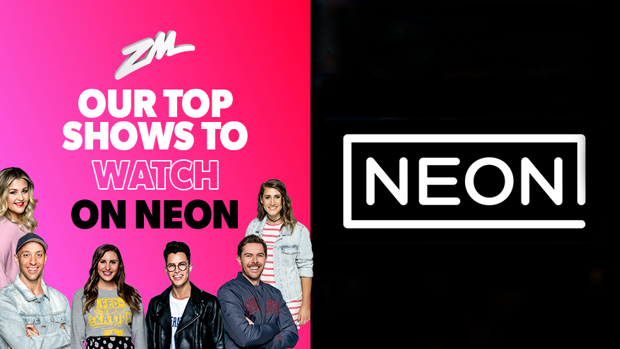 Streaming services NEON and Lightbox have merged and that means HEAPS of binge-worthy movies and TV show all in one place!

“I am living for ‘Dollface’ which has just launched. It follows Jules who is breaking up with her long-time boyfriend and tries to reconnect with the friends she lost during the relationship. I was lucky enough to interview the star Kat   on the show a few weeks ago and she is an absolute Queen in real life and on the show”

“How good is Big Little Lies?! First of all there's a kick-ass bunch of amazing actresses, second of all the DRAAAAAMAAAAA! I might be a bit messed up cause I love a show that leaves you a little disturbed... Totally binge-

“There is no doubt about it but Breaking Bad... All day… Best show.. Ever”

“‘The Great’ - I've been recommended this show by soooo many people and it looks hilarious. It's got Nicholas Hoult (the kid from About a Boy and Skins) in it. I'm really excited to watch that.”

“It’s so hard to pick! Some of my favourites include ‘Big Little Lies’ and ‘Love Island’. ‘Vikings’ is right up there for me because each episode leaves you wanting more and there's always so much going on that makes you go WHAT THE HECK?! Also, some of the characters aren't too bad on the eyes either. I’ve also heard incredibly good things about ‘Gangs of London’ which I have added to my watch list”

This article is sponsored by NEON