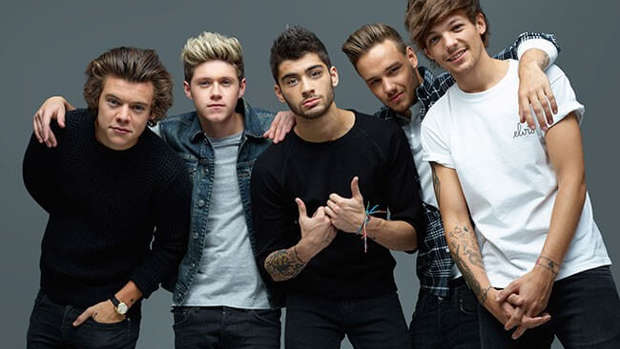 Could it be true?!

All four members of One Direction have re-followed former member Zayn Malik on Twitter.

Harry Styles, Louis Tomlinson, Liam Payne and Niall Horan have sparked rumours they could be set to reunite as a band alongside Zayn - who left the group in 2015, just months before the others went on indefinite hiatus - as they have all followed their former bandmate on social media.

The reunion speculation has been further fuelled by the fact the band members have also re-followed the official One Direction account.

If the group reunite the timing couldn't be better, as this July will mark the 10th anniversary since they were put together on UK singing competition The X Factor in 2010, where they eventually finished in third place.

The news comes after Payne, 26, recently sparked speculation of a reunion himself, when he confirmed the band have been "speaking together" ahead of their 10th anniversary.

He said: We've got a 10-year anniversary coming up, so we've all been speaking together a lot over the last few weeks, which has been really nice."

Meanwhile, Horan's decision to follow Zayn may come as a shock to some fans, as he recently said he isn't "friends" with the 27-year-old singer.

He explained: "As long as I've known him, Zayn's been the hardest man to stay in touch with. Then we had a falling out a few years ago and, to be honest, that's just the dynamic: you have people you are friends with and people you are not."

Horan, also 26, later clarified his comments, insisting there's "no bad blood" between them, but still insisted they aren't in a place where they can "reconvene".

He said: "He's quite a hard fella to keep in touch with. He'd probably tell you that himself, to be fair. I don't particularly talk to him a lot.

"I mean, if he's got something coming out or something I will text him. He might not reply but I'll give him a shout, but I don't know ... After the band, he left for his reasons and then he never really spoke to us much afterwards.

"I've got no bad blood with him at all but some things have a lifespan. I don't know. We will see what happens. Maybe one day we can reconvene at some point, but not right now."