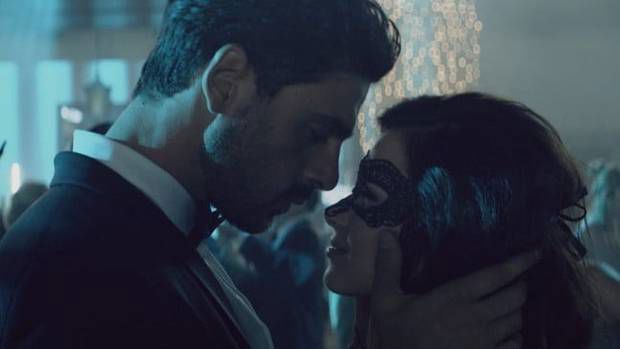 A controversial new Netflix movie has left viewers shocked by its scenes so raunchy some were convinced they were real.

The racy movie, based on a novel, has been declared to be "better than Fifty Shades Of Grey" by fans online.

DUDE YOU CANT TELL ME THOSE SEX SCENES AREN’T REAL. THEY LOOK TOO REAL BRUH #365dni

The trending show's scenes are so graphic that some fans were convinced the lead actors were actually having sex.

But the show is also drawing a lot of negative attention for the films storyline, which follows lead actor Massimo Torricelli (Michele Morrone), who imprisons Laura Biel (Anna Maria Sieklucka) and gives her one year to fall in love with him.

Viewers also felt the on-screen relationship was based on coercion and harassment.

One Twitter user wrote: "Sure the sex scenes are great and very intimate, but all of those happened after a few sexual harassment and uncomfortable scenarios. I mean – stop comparing it to Fifty Shades Of Grey."

Another noted: "Clearly, Fifty Shades Of Grey stated that Grey was under a mental instability and Massimo was never considered problematic in the film, despite his anger issues."

look if y'all get to the yacht scene on #365DNI ...boyyyy pic.twitter.com/9VNyR4nj1B

However, not everyone was a fan of the show with some taking to Twitter to vent their frustration with the show's plot.

"Just finished #365DNI and while the sex scenes were great, the story itself just romanticises kidnapping and a forced relationship. You basically just watch shawty get Stockholm syndrome," one person tweeted.

This article was first published to nzherald.co.nz and repurposed with permission.