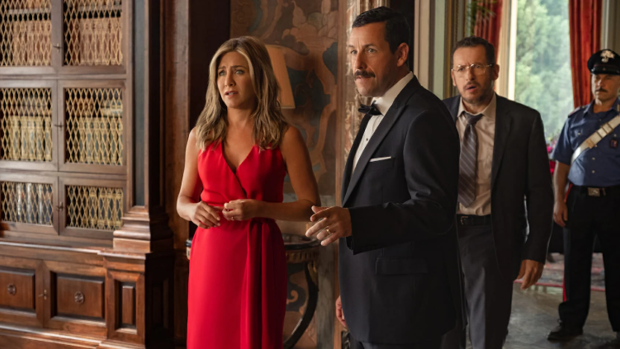 Netflix's new comedy 'Murder Mystery' is the perfect thing to watch if you want your Jenifer Aniston fix with a little mystery.

The former Just Go With It co-stars reunite in the comedy-thriller as honeymooners Audrey and Nick who find themselves in the middle of a murder.

Murder Mystery is available to stream on Netflix from tonight, Friday, June 14.