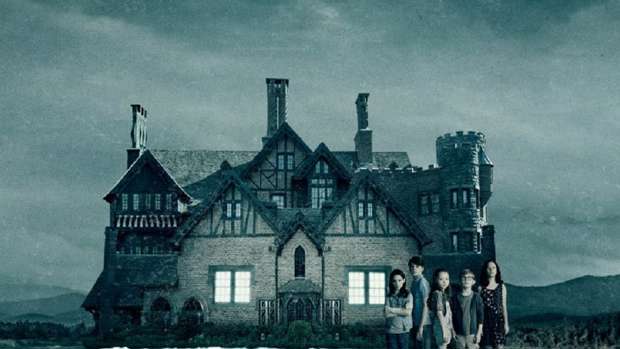 *Warning: This article contains MAJOR SPOILERS for The Haunting of Hill House*

We are still recovering from Netflix’s terrifyingly good series, The Haunting of Hill House. But the director has gone and shocked us more, revealing that the original ending of the show was supposed to be MUCH darker.

(And we didn't think that was even possible).

In the final episode of Hill House we find that the four Crain siblings have made it safely out of the haunted ghost-filled nightmare house they grew up in.

We also discover that the mysterious Red Room is the "stomach" and centre of evil for the building - and while it seemed the door always remained locked, it had actually been open to them all, secretly changing its appearance for everyone in the house in an attempt to devour them.

RELATED: New season of Netflix's Black Mirror will put YOU in control

In fact, after escaping the Red Room thanks to the ghost of their sister Nell, the siblings all find their own happily ever after... all is well, right?

Now director Mike Flanagan has explained that another scary twist was taken out at the last minute after he "felt guilty" about how cruel it would have been.

"We toyed with the idea for a little while that over that monologue, over the image of the family together, we would put the Red Room window in the background." Flanagan said "For a while, that was the plan. Maybe they never really got out of that room."

In each scene in which the Red Room appears features this distinctive window … how creepy would it have been in the happily ever after ending!