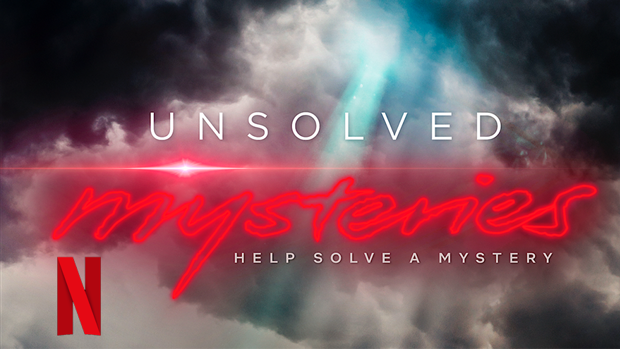 True-crime is back, and the mysteries are even darker than before...

Unsolved Mysteries just got a reboot, and there's a whole lot of new cases for you to help solve.

The original creators of Unsolved Mysteries and the Producers of Stranger Things invite you to solve new mysteries. Follow the clues. Solve the cases.

"Unsolved Mysteries" first started as a series of specials on American TV station NBC during the mid-'80s before shifting to a weekly series in 1988, asking viewers to help out in solving the cases presented in episodes by calling a 1-800 number.

Some of the shows episodes will include the unexplained death of a newlywed, the strange disappearance of a Georgia hair stylist, a French family found buried under their back porch and Massachusetts residents still rocked by witnessing a UFO in 1969.

The series features 12 new episodes, six of which will drop on Netflix, July 1st. Check out the trailer below.