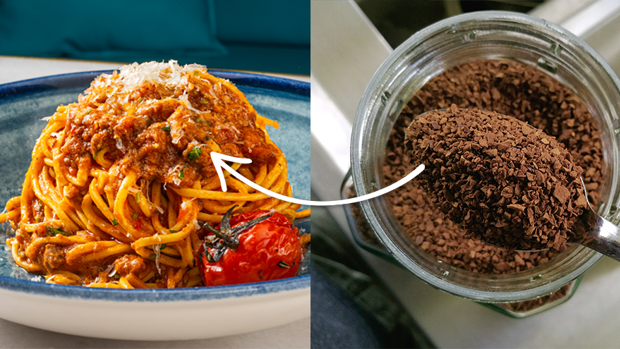 What do mince and instant coffee have in common? Nothing, so why the hell are people putting them together?

Apparently adding a little bit of instant coffee to minced beef is the secret to the tastiest nachos you've ever had.

This isn't a new trend, however, as twitter absolutely lost their s*** in 2015 when a Sainsbury's #LittleTwists marketing campaign featured a mince recipe including instant coffee.

Coffee in your spag Bol? KILL IT WITH FIRE. What would Jamie say @sainsburys? pic.twitter.com/fMoOMycJxZ

What in the name of all that's holy is this current trend for adding coffee granules to Spag bol? Cease and desist.

Even so, it appears that there are still people who don't know about this little cooking trick (including us up until now).

Sainsbury's suggest adding no more one teaspoon in your stock, which is supposed to add "a depth of flavour."

However, Culinary Institute of Bologna Chef,  Stefano Corvucci, stated that while it would'nt necessarily be bad [to add instant coffee], just "totally useless."

"Bolognese sauce was invented to solve a nourishing problem in a territory that naturally provides its ingredients. And coffee, which I love, came from thousands of kilometers away, hundreds of years after the people made Bolognese in their houses and fed their families with it everyday" he said.

We might just have to try it for ourselves!