McDonald's has done it again with it's crazy persuasive advertising (like we need persuading). This time, it's an optical illusion with a special hidden message...that pretty much no one can see.

Tag a mate who should read between the lines... 😏 pic.twitter.com/LBaU8wjkdU

Take a look! The key is to read between the lines...

Can't see it? Try and put some distance between you and the image. If you're like the rest of us, the post just looks like lines, and now your eyes are sore. If you can see through the illusion, you'll know that the message says "Bring McNuggets."

This is an edited version of what the post looks like to someone with the magic ability to see the hidden message. 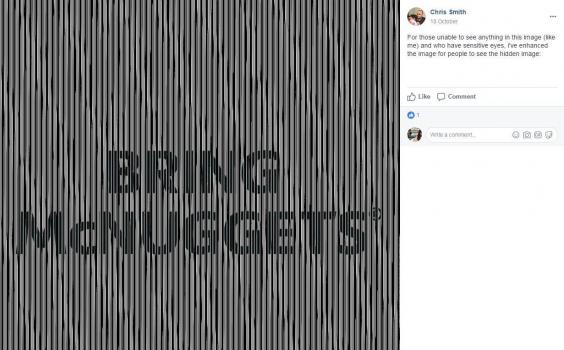 Who'da thought we had such sensitive eyes...anyone up for some nuggs?