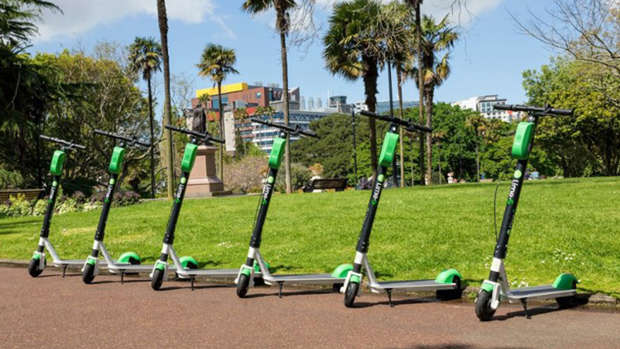 Lime scooters only landed in New Zealand two weeks ago, but 14 ACC claims have been filed already, leaving road safety advocates calling for tighter restrictions or a ban altogether.

"Someone is going to die if we don't see changes," workplace safety campaigner Lance Wiggs says.

"E-scooter riders are allowed to ride without helmets and share the footpath with vulnerable pedestrians, such as old people and young children. Inevitably there are going to be horrific collisions."

New Zealand Prime Minister Jacinda Ardern told spoke with Fletch, Vaughan and Megan and believes they aren't a problem at this stage. "I worry, in a motherly way, quite a few people have fallen off - they do go really fast, but we probably just need to make sure they're not causing anyone any harm."