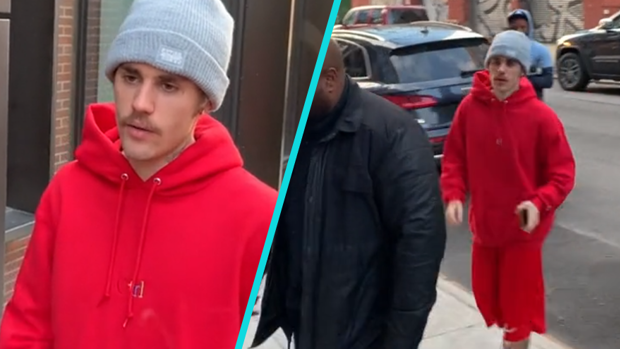 A slightly 'pissed off' Justin Bieber has won over a few more fans with his pleasant exchange with fans outside his home.

A video which has gone viral on Tik Tok, shows Bieber who appears to be arriving home to his New York apartment.

“I hear you, I hear you. But this is my home. You know what I mean? This is where I live,” the singer tells a group of fans who have gathered outside the entrance of his apartment building.

“And I don’t appreciate you guys being here. You know when you come home at the end of the night, and you want to relax? This is my space to do that. So I would appreciate it if you guys could leave.”

The worst thing is, someone still has the nerve to ask Justin for a hug even after he's pleaded for them to leave... awkward!

The video has now amassed over 1.7M views (at time of writing), with many Beliebers showing their support.

After watching the video, it's hard not to feel a bit bad for the Biebs don't ya think?