Now that 13 Reasons Why has been confirmed for season 2, fans of the show have been coming up with their own theories surrounding what will happen next. The show left the audience with a bunch of cliffhangers, and because we know that the second season is set after Hannah's death (with the likelihood of flashbacks), it can be assumed that the characters could face consequences for their actions after the trial, specifically Bryce, who raped both Hannah and Jess. 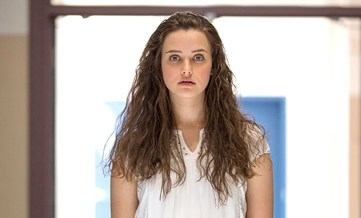 Although there are more than enough fan theories and predictions out there, Alisha Boe who played jess has an interesting take on what she would like her character to take on.

"I hope he gets prosecuted and I would love to see him in jail, juvie of some sort. I would like, beyond Bryce, for Jessica to be able to have the power to prosecute him, to advocate for other women and other girls in the high school to speak up about it hope she becomes more public with it in order to get justice. I just want to see justice for Hannah and Jessica" she told Elite Daily.

Despite the show's bad rep for glorifying sensitive issues, Bryce's actions being defended in court could serve as an accurate commentary on rape in high school, specifically if it were to refer to cases such Brock Turner's, a wealthy white male who served a measly 3 months for the sexual assault of a young woman.