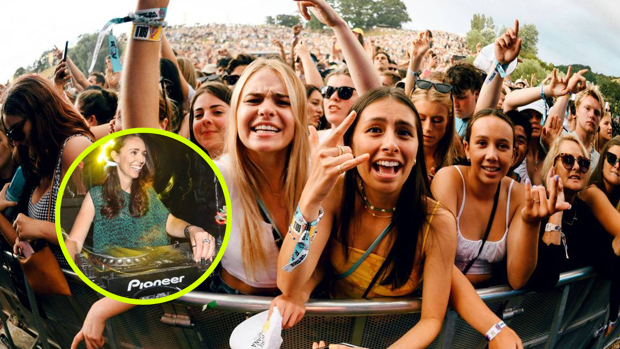 She's a lady of her word!

As we hold out for summer and all that comes with it (like music festivals) our gal-boss Prime Minister, Jacinda Ardern has promised that she'll do whatever she can to make sure we get to do summer like normal.

Getting there, though, means putting the hard mahi in now, she says, stamping out all community cases, and reaching the highest rate of vaccinations across the country as is possible.

"We will find a way to make sure, regardless of the circumstances globally and domestically, that we are able to have the events that make New Zealand summers," the PM said earlier this week.

"It is part of who we are. It is about people's livelihoods but also about our summers and what makes them fantastic for people, particularly for young people.

Her comments have been welcomed by concert promoters around the country, and some have even suggested we follow in the footsteps of the UK and take a "no jab, no concert" policy.

Aotearoa's largest music festival Rhythm & Vines were expected to drop their first line-up announcement on Friday last week, but have put it on hold until we get certainly around the current Delta outbreak.

"After careful consideration, we have made the decision to delay the release of acts for Rhythm and Vines. We simply don’t want to announce acts without a comfortable level of assurance that we can get them into the country." They said via their social media.

"In the meantime, we are in this together, keep doing your part to limit the spread of COVID, get vaccinated, and of course, get shredded for Rhythm." they continued.

As it stands, over 67% of Aotearoa's eligible population have had at least one vaccine. Vaccines can be booked using the official website HERE, or you can head to Vaxx.nz to find out where your closest walk-in vaccination centre is.