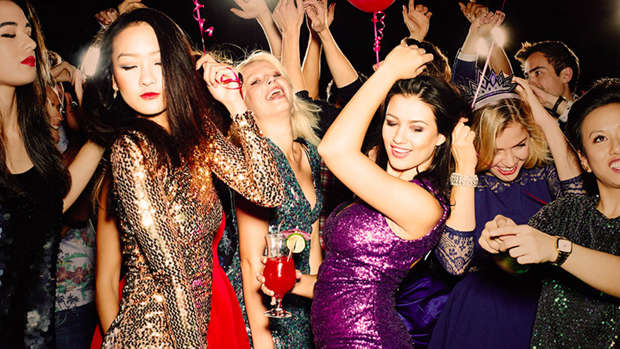 Do you love a good rager? Love to knock back a few too many glasses of rose and get down and diiiirty on the d-floor? That's completely fine... as long as you're under the age of 31, that is.

A surprising new study has revealed when it is time to stop going out and settle for a night at home instead, and at what age it is considered "tragic" to still be clubbing.

Curry's PC World conducted a survey that revealed there was nothing worse than seeing people out nightclubbing when they are well past their prime.

The study's results showed that 37 per cent of those interviewed didn't like seeing people in their 40s and 50s having a big night out at the bar or club.

The results of the survey concluded that 31 is the average age at which people tend to stop hitting the nightlife, and that it was considered 'tragic' to still be clubbing at 37.

Here's some other interesting stats they got:

- 29 percent said they could no longer deal with a hangover the next day.

- 70 percent of respondents said they were happy when they found themselves a partner because it meant their days of looking for a mate in the pubs and clubs was over and they could make the most of their nights in.

- 60 percent said the expense involved in a night out was also a reason for preferring to stay home.

- 13 percent of women said the aches involved with wearing high heels were not worth the effort.

So, who needs to stop their 'tragic' friend?