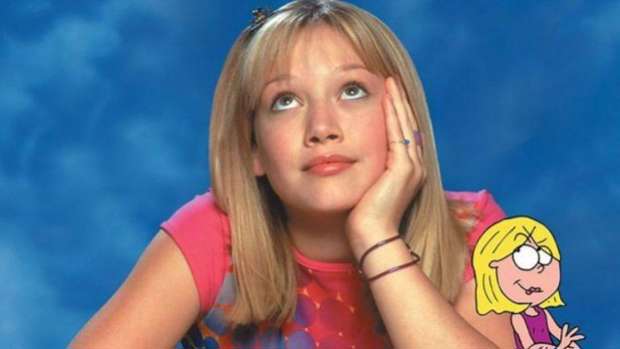 This really is what dreams are made of.

It's been revealed that one of the Disney Channel's biggest hits, Lizzie McGuire, is returning as a revival available on the new streaming platform, Disney+.

The best part? Hilary Duff, who became a child star as the titular character, has confirmed she will reprise the role.

The original series following Lizzie's life as an awkward 13-year-old, desperately trying to fit in with the cool crowd. It ran for four seasons and led to the wildly popular The Lizzie McGuire movie, which grossed $81 million at the global box office.

The reimagined version of the show will be a sequel, featuring Lizzie as a 30-year-old millennial navigating adult life in New York City — along with the animated version of herself.

The announcement was made during a presentation at the D23 Expo at Disneyland in California, with Duff confirming the news, saying she is "beyond excited".

HILARY DUFF. LIZZIE MCGUIRE SEQUEL SERIES. DISNEY+. SHOOK. WHAT IS LIFE. WOW. CRYING. THIS IS WHAT DREAMS ARE MADE OF. pic.twitter.com/V0Rida9kGi

Me when I heard Lizzie McGuire is coming back pic.twitter.com/6LnBTvLZuf

They’re rebooting Lizzie McGuire and I officially have something to live for again. 💕