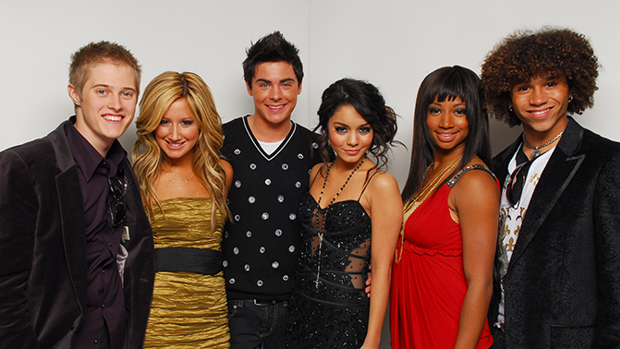 We all grew up singing the songs and crushing on Zac Efron- now High School Musical is coming back with a TV show and new fourth movie!

While the fate of the fourth film is still hanging in the balance, Disney has confirmed the show is 100% going ahead, and we're ready to return to the halls of East High!

The 10-episode series will be called High School Musical: The Musical, and will be shot as a doco-style series.

The series will follow a group of students at East High who will be performing High School Musical for their winter theatre production.

Characters such as couple Ricky and Nini, entrepre-nerd E.J, new kid Ashlyn and skater Big Red fill the cast. Others include the new Shapray Gina, and the musical's choreographer Vikram. Plus with the addition of a new drama teacher, Miss Jenn, things are bound to get interesting!

While it is yet to be confirmed, the film will centre around five new characters:

“Erin — A badass soccer player who strives for excellence — and the only girl on the boys' team. She starts falling for Derek, the bad boy from the wrong side of the tracks but isn't sure whether to follow her heart.

”Derek — The resident bad boy who falls for Erin. He's tough as nails on the surface but is a soft-hearted family guy deep down. He's an excellent soccer player and incredible dancer who teaches dance classes to little girls at his family's studio.

“Campbell — Troy Bolton 2.0, Campbell is a super hot soccer captain and theatre star who also happens to be Sharpay and Ryan Evans' cousin. He decides that he wants to date Erin, and isn't too happy when she wants to be with Derek instead.

“Tamara — East High's former queen bee who's attempting to climb back up the social ladder.”

We just hope that Zac Efron makes a guest appearance!