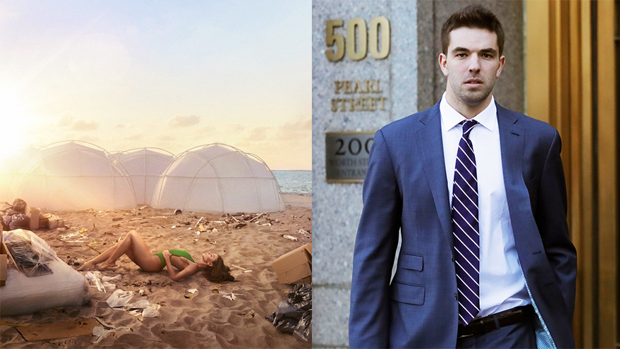 Even if you missed the initial Fyre Festival drama as it played out live on Twitter, you've probably seen the Netflix and/or the Hulu documenting the whole disaster.

Fyre Festival was sold as an exclusive luxury music festival on a tropical island but the reality was a nightmare of epic proportions that led it its organiser Billy McFarland being jailed for defrauding investors.

Far from the premium experience festival goers paid for, Fyre Festival attendees were stranded on the unfinished site and left to scramble for food and access to basic utilities. Once word got out of the appalling conditions on the island many of the promised acts didn't show up.

McFarland is now serving his six year sentence and is using his time to write a book detailing his side of the story and plan a second Fyre Festival.

New York Magazine published details of his proposed comeback after McFarland told a freelance book editor about his plans.

"The Festival will not be a one and done event - it's happening again," McFarland said in an email.

McFarland also said that in his book, working title Promythus: God of Fyre, he will gossip about the people he dealt with while planning the disastrous event. These are said to include, "actors, models, musicians, people who are only famous because [of who] their parents are, cameos from members of the Trump administration". It is, however, unclear as to whether McFarland's spelling of 'Promythus' is some kind of pun on Prometheus or just a simple error.

He will self-publish the book on Amazon and is scheduled to be freed from prison in 2024.