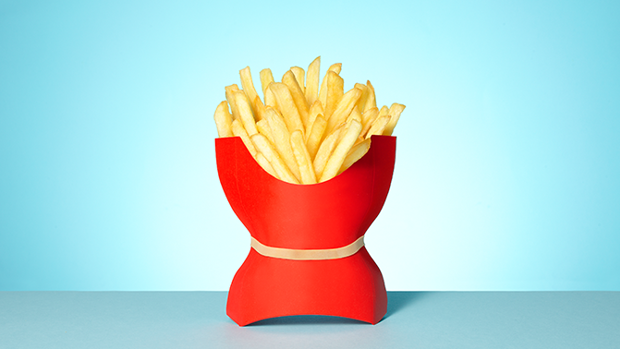 Eating healthy can be hard, and let's be real, it's hard to choose a salad over a helping of salty fry goodness, but now you might not have to!

Dieting is a thing that a lot of us have probably experimented with, and although they seem great at first, most often they just don't work.

While some suggest pasta for breakfast or only limiting certain foods to certain days to get to your dream weight, scientists are also suggesting that a person could eat something considered 'bad' and still be healthy...

A group of scientists from Israel found that, after monitoring the rise of blood sugar levels among 800 different people who consumed identical meals, each person had a different reaction.

They tracked their physical activity, sleep habits, and bathroom activity, and while some saw a spike in blood sugar levels after eating a banana and not cookies, others had the opposite reaction!

RELATED: McDonald's have revealed what makes their fries so addictive

So basically, while you and your bestie might share the same pizza on a Saturday night, you are probably both gonna have different reactions to the food itself!

If you need us... we'll be in the corner binging some fries thanks!