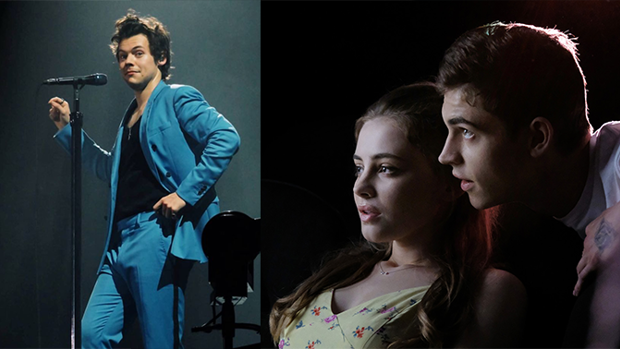 We expected a One Direction fanfic film to get a lot of attention (especially if it involves Harry Styles); but not for this reason...

After, is said to be based on a fictional story written by fan Anna Todd on the website Wattpad.

The story became so huge online that the author was then able to change the characters names and have the book published as a young adult novel.

Now, the story that started as a tribute to Harry Styles, is now a major motion picture set to be released in April 2019.

After's official Twitter account posted the first trailer online, which is now getting a lot of hate for romanticising and showcasing abusive relationships.

This April, life will never be the same. WATCH the #AfterMovie Teaser Trailer now! pic.twitter.com/WbkqFeVnA1

Escalating as far as some intense moments where he roughly grabs her by the arm during arguments.

AND people are, understandably, not happy.

If you've been in a toxic/abusive/controlling relationship, do NOT watch #AfterMovie. If it's anything like the fanfic, it might seriously trigger you.

So you are telling me that it's okay to let little girls think this is 'goals'?
That they can be in a abusive and toxic relationship in order to make the boy 'change'? #AfterMovie

are abusive relationships a trend now in the film industry💀 #AfterMovie