The internet has gone wild for two police officers pictured at an armed offenders squad callout in Remuera today. 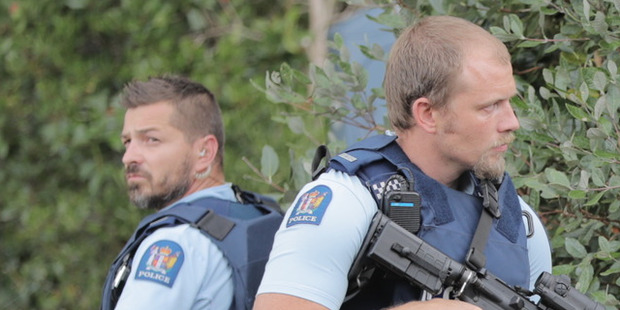 Remuera Kindergarten, St Kentigern Junior School and Remuera Intermediate were placed under a precautionary lockdown this afternoon after police said they received a call from a man around 12.30pm saying there was an injured woman in Woodley Ave.

Inspector Andy King from Auckland City Police said no injured people were found and there have been no other reports of any unusual behaviour.

Meanwhile, Herald Facebook followers were raising their eyebrows at a photograph of two male police officers holding weapons at the scene.

Facebook user Mikeey Callaghan wondered if one of the officers was a model.

Cherie Gregory made a fair point.

And the comments continued ... 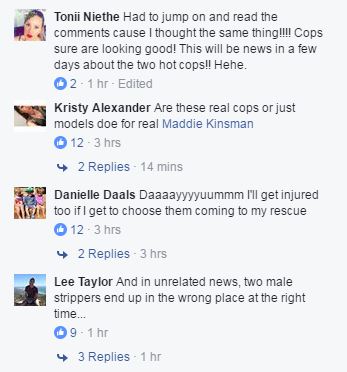 But it's fair to say Lee Taylor had the funniest comment of the hour.