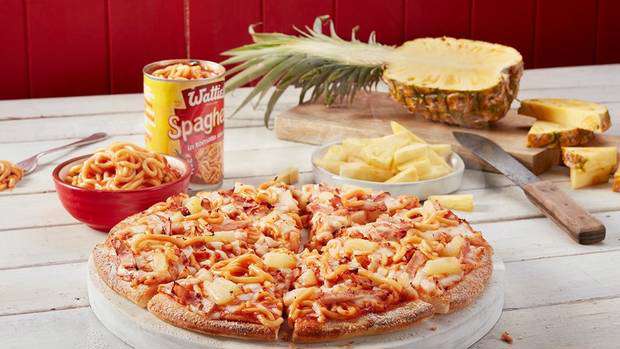 It's a great day to be Bill English.

Domino's and Wattie's have just announced a collaboration that will see Spaghetti Pizza added to the menu for a limited time.

You know the announcement is controversial because Domino's prefaced it on social media by saying: "This is no joke!"

"We've officially added Hawaiian spaghetti pizza to our menu for a limited time only, with help from our friends at Wattie's NZ," the company added.

Facebook users were divided on the announcement. While some look forward to trying Domino's version of Bill English's favourite pizza, others think spaghetti and pizza should never mix.

"How about officially un-adding it from the menu," a Facebook user commented.

"Spaghetti on a pizza is actually really nice. Should do one with beef mince and cheese. Spaghetti bolognese pizza," someone suggested.

The debate on whether or not spaghetti belongs on top of pizza was ignited in 2017, when former Prime Minister Bill English admitted that this was his favourite pizza topping.