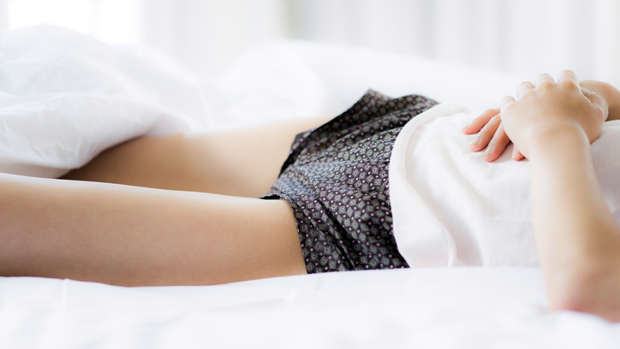 WE KNEW WE WEREN'T BEING DRAMA QUEENS!

We've all been saying it for years: periods f*cking hurt.

And now one doctor has claimed that period pains can even be almost as painful as a heart attack.

John Guillebaud, a Professor of reproductive health at University College London told Quartz that dysmenorrhea, or painful menstruation, has been described by sufferers as: almost as bad as having a heart attack.

Period pain this bad interferes with the daily life of around one in five women, but many doctors just dismiss smptoms and recommend an over-the-counter painkiller, BUT THESE DON'T ALWAYS CUT IT!

Endometriosis, the second cause of period pain after dysmenorrhea, is estimated to affect round one in ten ovulating women, with most women being misdiagnosed for an average of SEVEN AND A HALF YEARS. This is due to  a worrying lack of research and awareness, and treatment options remain limited. Likewise, the cause of dysmenorrhea is still not fully understood.

It causes cells similar to those found in the lining of the womb to grow elsewhere in the body and can cause a host of symptoms: painful periods, fatigue, bowel and bladder problems, and even infertility.

Researcher Dr Annalise Weckesser told The Independent that a culture of silence has resulted in the condition being neglected by the medical establishment. There is a long history of not taking menstrual pain seriously and even writing it off as women’s hysteria. We don’t talk about menstrual health, young girls' knowledge about menstrual health is poor.

So, LISTEN TO YOUR BODY. If you're in a sh*tload of pain, make sure you tell someone and don't let anyone be too dismissive. We need to be taken seriously!